Welcome to Gwyerhall, you are the Visitor No - 6636

Gwyer Hall is the oldest men's hostel of the University of Delhi. With its massive columns and arches, it stands at the foot of the Northern Ridge, facing the University Stadium, and near the main gate of the University. The Hall first opened in 1937-38 with 26 residents and was named Law Hall. However, it was closed in 1939-40 for lack of funds, only to re-open in 1941 -42 as the University Lodging House. In 1943-44 two new wings were built, 48 residents were admitted, and its name changed again from University Lodging House to University Hall. The building of the Hall was completed in 1948, when it was given the present name, Gwyer Hall, to honour Sir Maurice Gwyer, the then Vice Chancellor of the University of Delhi (1938-52) and Chief Justice of the Federal Court of India. Sir Maurice Gwyer had taken a keen, personal interest in the construction of this Hall. In 2004, Gwyer Hall was declared a heritage building. Between July 2004 — May 2006, it was suitably renovated. 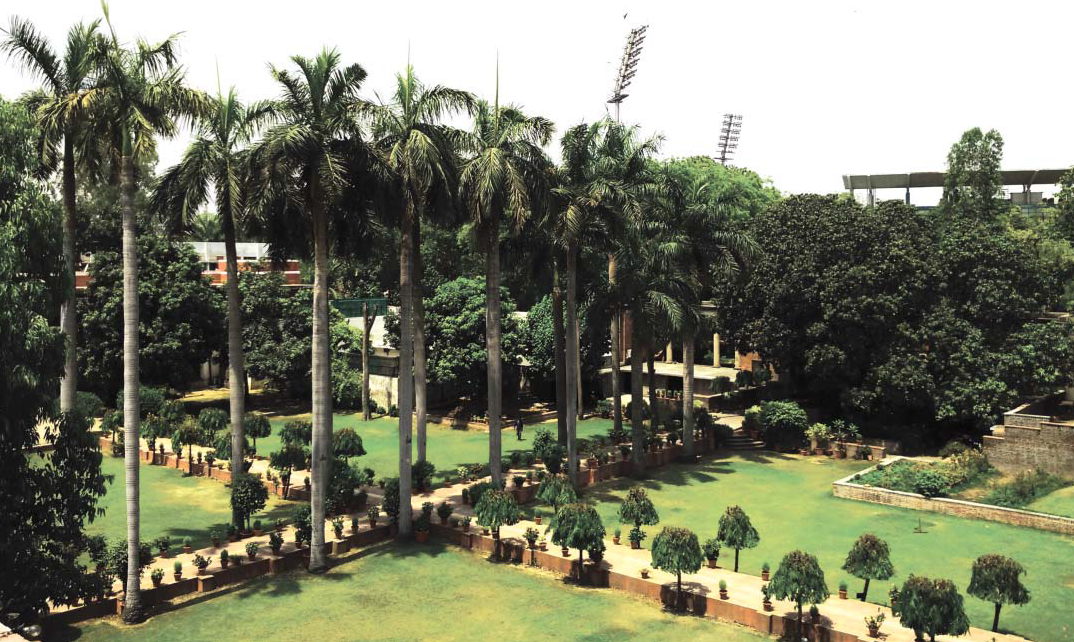 The Hall can house 158 full-time CIC Graduate, postgraduate and research students. A wing in the rear of the Hall has the Teachers' Court for University-appointed single male teachers and the Doctors' Court, for (a) post-doctoral scholars (such as Research Associates) at the University, and (b) visiting foreign teachers and scholars. From time to time, University Departments and Faculties hire rooms in the Teachers and Doctors courts to host conference delegates and other official visitors.

For the convenience of student residents who may have guests, a small three-room guest house is available. The Hall has a dining hall with a hygienic, modern kitchen, a Common Room and TV Room, Computer Room, Reading Room, gymnasium, washing machines. The vast gardens of Gwyer Hall, kept by an able team of veteran gardeners, are among the best in the University. The manicured lawns, rows of tall palm trees and tastefully planted flowering plants make the Hall a treat for the eye and an ideal retreat for students and teachers alike.

The Provost is the administrative head of the Hall. For internal administration, he is assisted by the Warden. There is also a Resident Tutor who looks after extra -curricular and cultural activities among the residents and their general welfare. The Provost, Warden and the Resident Tutor are appointed by the Executive Council of the University from amongst University faculty members.

The Hall Managing Committee, which is constituted by the University, supervises the administration of the Hall. Among other things, the Committee deliberates on and takes decisions about the long-term development and welfare of the Hall, keeping in mind the value and antiquity of this institution. The decisions of the Managing Committee are final and binding on all matters of seat allotment, admission policy, for both regular residents and guests, as also for all questions of fees, administration and discipline.

FACILITIES AT THE HALL 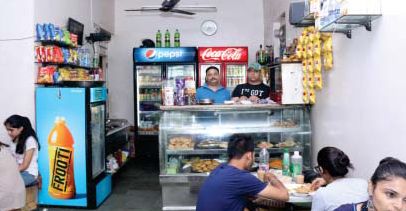